Our coast is approximately 300 km long mixing the wild romantic rocky coast with the only sand beaches on the eastern Adriatic Sea. This mixture is unique on the Mediterranean Sea. Cristal clear water, pine woods reaching down the steep mountain slopes down into the sea.

Boka Kotorska has long been witness to a tempestuous history—a place where cultures and civilizations have often clashed. Situated on the southeast end of the bay, the town of Kotor can trace its origins back to ancient times. As the Mediterranean’s only fjord, this bay was added to the list of the twenty-five most beautiful bays in the world. Kotor has entered the list of world cultural heritage sites under the protection of UNESCO. Along the cost are situated several islands Mamula near Herceg Novi, Lady of Rock and Sveti Djordje near Perast, Sveti Marko and Flower island near Tivat. 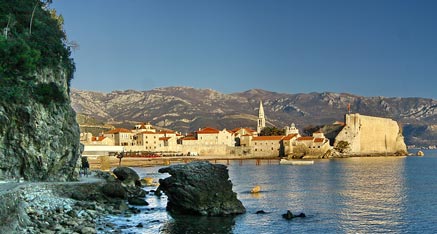 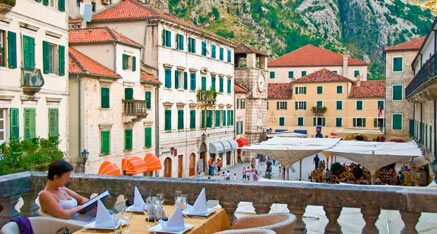 In the heart of the Adriatic coast of Montenegro there is a town called Budva. Budva is the most popular tourist destination in Montenegro with elite hotels, excellent restaurants and most beautiful beaches. The longest beaches in Budva Riviera are Buljarica, Becici beach, Slovenska plaza and Jaz.

The most important cultural highlight of Budva area is the Old Town, rich in cultural and historic heritage. One of the most precious gifts of nature to Montenegro is the peninsula of Sveti Stefan (Saint Stephen).

Sveti Stefan – the former fishermen’s village situated on a peninsula, which 50 years ago became luxury and attractive town – hotel with villas and apartments that display magnificent sea views.

Sveti Stefan is selected in Top 10 World Luxury Destinations, and it was destination chosen from many celebrities for spending their holidays. This magnificent place is now part of the Aman Resort.

On the eastern part of Montenegrin coast is town Bar, modern city, besides being Montenegro’s main seaport, Bar and its surroundings are a popular destination for tourists.

Ulcinj is a sleepy seaside resort city in Montenegro that looks like a picture postcard. City does have a fascinating history, maritime piracy turned Ulcinj into a melting pot, with people coming from many different countries.

Ada Bojana is an island on the Bojana river estuary. Ada Bojana is popular among foreign tourists from Western Europe for its peace and unique atmosphere. 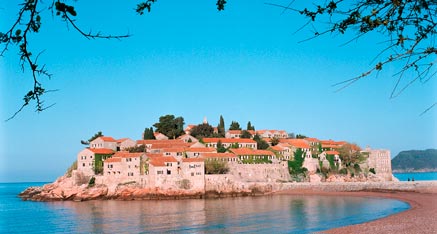